Why Do I Love Theatrical Shows So Much and What to Watch Next? 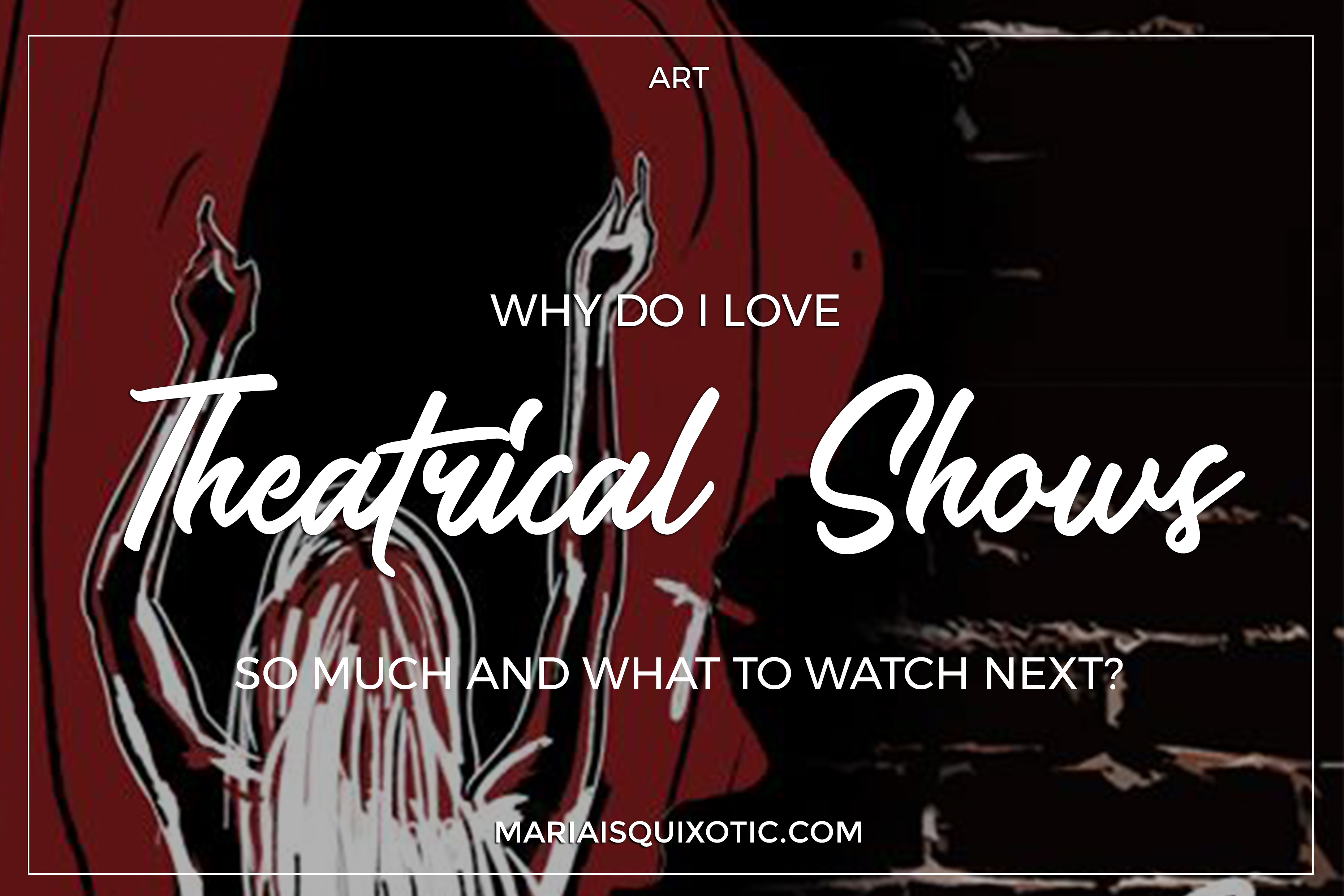 What is it with theatrical shows that makes me fall in love every single time I try to watch one? People may prefer movies or series but with me, it’s always theater. Here’s why I love theater so much.

Why do I love theatrical shows?

When it comes to watching shows, some prefer watching movies or series that have been shot previously. Others go and participate as part of a live audience. While the other people left prefer to be bewildered by the spectacular and elaborate set designs, costumes and acting brought upon by the theater.

Just last week, I witnessed another show which was called, Mono.

“Mono” zooms in on the innate human need to fit in and to belong. It highlights how the constant strive for social acceptance impedes our unique and distinctive qualities from showing.

What I loved about it

It is an eye opener to most people living in this world. Most try to belong to a certain click but there are times that we just stand out and be ourselves in this crazy world. It’s normal if we feel that we do not belong to anything but we belong somewhere. Some may not see it now but it surely does affect something.

Don’t feel bad if some don’t like you. It’s not about you, but about them. They don’t see how amazing each and every person in the world is.

Remember, each and every one of us is simply amazing!

Moving forward, here are the real reasons why I love watching theatrical shows!

#1 The set design, costumes, light design and the total package is always an amazing sight.

Looking at people do their jobs very well is very inspiring since it’s creative with a pinch of logic somewhere in between. The lights are a very big factor in watching a theatrical show. Costumes bring color and light to the way the actors are on stage. Its musical directors create musical scores that are fit for the show that would mesmerize us.

Hence, it would lead us to asking ourselves, how did they do it?

So, do me a favor. When you watch another theatrical show, remember to pay attention to all of these elements and get to appreciate them. There are a lot of people working hard behind the show.

#2 The storyline or the plot is not what most expect it to be.

In a movie, most of the people can already predict how the story goes and more importantly, who lives or even who dies. When it comes to a series, tv or movie, people get to think and contemplate on how the story goes.

With these shows, it makes us think outside the box. Incorporate everything around us and gather all the pieces of the puzzles, trying every theory there is in order to understand fully what is being presented to us.

Most movies have it laid out for the audience to just put together. On the other hand, these theater shows make the audience think out differently. It makes me happy when people watch their shows because it only means that their show is being supported by a lot. Plus, it’s really good. From the story to how it is executed.

#3 It recharges the soul.

Some of you may not know but for me, watching shows in the theater recharges my mind, body, and soul in various levels. It’s a challenge to watch a movie or a show by yourself but when watching the theater, I feel comfortable and okay even if I watch it alone.

Yourself is the best company to any activity that you want to accomplish. Whenever I watch shows alone, I feel empowered and not lonely at all. Even if people look at me, giving that “oh, she’s watching it alone,” I just feel even happier. That I have become braver on my own, never thinking that I could watch a show by myself without worrying who to come with or even who would I invite to come with me the show.

So now, we move on to what to watch next.

What to watch next: Cecilia

Cecilia, a dance thesis by Ana Opeña, is a portrayal of the harsh realities that women face – abuse in its multifaceted forms and how it affects their mental, physical and emotional development.

The play follows how the titular character, Cecilia, reacts to the problems she encounters. The show not only aims to highlight various societal issues, but also explores the multiple root causes of these issues.

The show is part of the final requirement of the Bachelor of Performing Arts, Major in Dance under the tutelage of Denisa Reyes. It opens on the 23rd of March (Friday) at the 6th floor of Benilde’s School of Design and Arts Black Box, and will run until March 24 (Saturday).

Cecilia follows the story of a young girl, born to a happy and caring family. However, with her mother’s passing, everything changed and her father turned abusive. Cecilia tried to endure this sudden change in her atmosphere. She decided she had enough when he went over the edge and attempted to force himself on her. Homeless, helpless, and hopeless, Cecilia turned to a highly lucrative, yet physically and emotionally demeaning life – under the guise of waitressing at a local bar in order to survive. A chance encounter with her father years later proves that life gives you the strangest opportunities at the strangest times and that it is in these moments where one can truly define themselves.

It opens on the 23rd of March (Friday) at the 6th floor of Benilde’s School of Design and Arts Black Box, and will run until March 24 (Saturday).

It can be purchased:

Don’t forget to pin this: 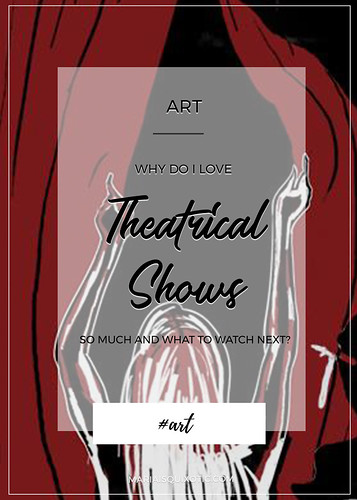 How about you? Do you love theatrical shows too? ☺

Why Do We Need Creativity in Our Lives More Than Ever

August 4, 2022
Previous Post Cardigans as a Functional Element
Next Post How Can One Create an Anti-Acne Routine?