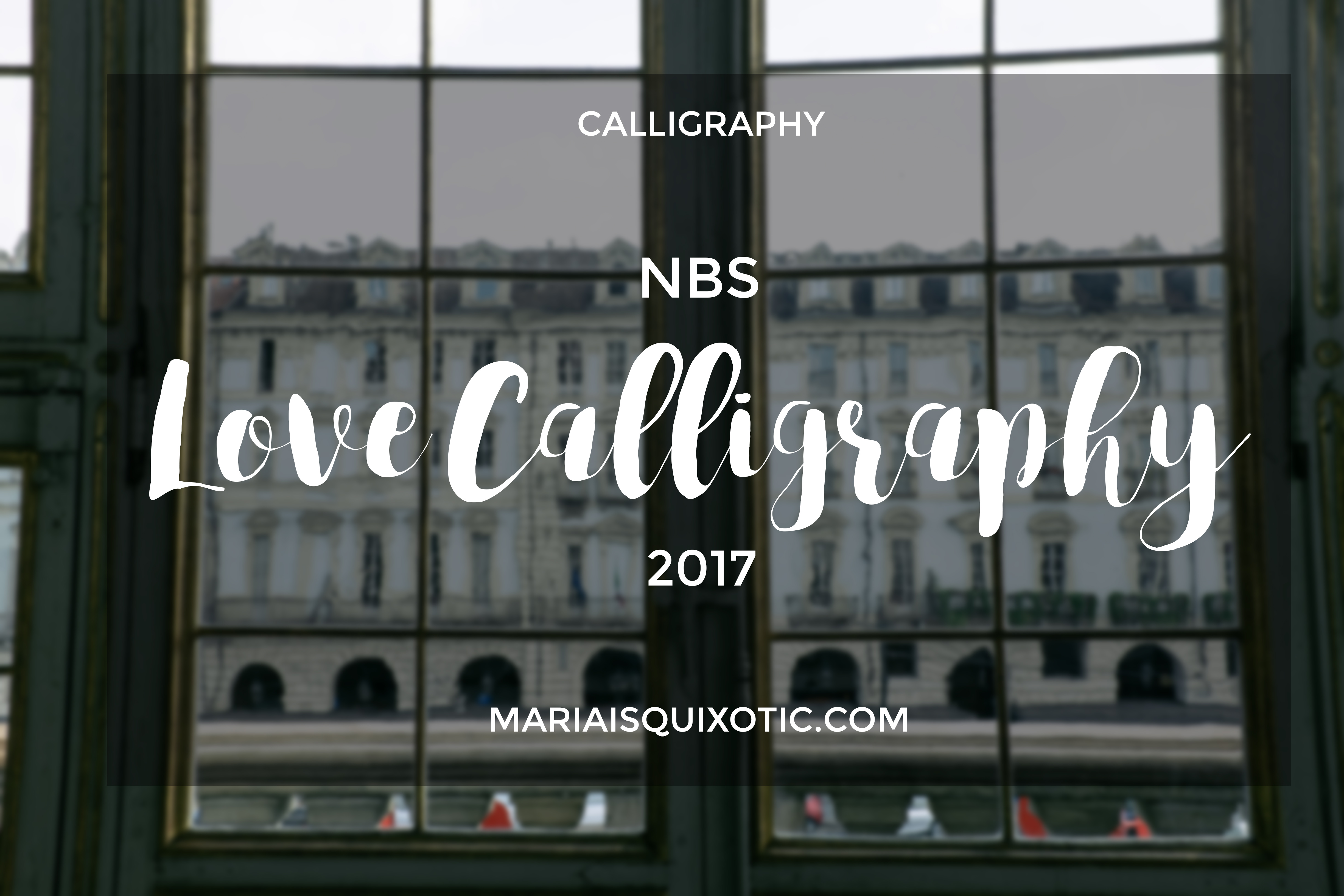 It’s February and for most, it’s the hearts month but for the creatives, it’s the arts month. Some of us would say, heART month and emphasize on the art. But there’s more to it than that!

Just last February 18-19, 2017, National Bookstore held an event called Love Calligraphy. It was the second year of the event as well. It started last year at Glorietta Activity Center. This year, they did it in Shangrila Plaza. My theory is because Art Fair is going on in The Link too.

People have been starting to try calligraphy and its different forms lately. It always nice to see people getting into the craft and using it in various things. From gifts to labels and even in monograms or logos, it’s present almost everywhere. Personally, my journey started last 2015 when I bought a starter kit as a birthday present for myself. And as they say, the rest is history.

Lucky I was to have collaborated and partnered with Marvy Uchida Philippines for two (2) days. What I did was to write a quote or something that is related to love and happiness. Supposedly, I was going to do it on the second day and another one on Saturday. However, due to some reason I ended up doing two works for them.

Personally, I felt insecure and really small when I was there. Other artists who were there are some of my idols and people that I really look up to. From Patrick Cabral, June Digan, Paola Esteron and Celine (@ascorbiceline), they were all there doing such great works! I cried on the second before doing the artwork. I’ve heard some comments last Saturday that stayed in my brain and affected me differently. Luckily, a friend was there to support me last Saturday. It was Yen of D&Y Arts and Crafts! I also got a hug from Ella Lama! She’s also one of the people I truly admire.

Here’s the first work that I did. These are Sab’s words that I wrote for her since she could not make it. I know, I am poor at doing lay-out and other technical aspects of design.

The materials I used are all products of Marvy Uchida:

It was lighter than Saturday because Sam was there. He even told me that he will help me design my artwork for Sunday. I got a sermon because I did not ask him for help for last Saturday’s work. I told him that he was at the tournament (Neymar 5) when it began. To be honest, Saturday’s artwork was really unexpected!

These are my words complying with the happiness theme. If you have observed, the two quotes are related. How?

For this artwork, the circle is not really a circle because it’s a nest. It nurses the words or the quote to inspire others. Honestly, it was supposed to be a different design but my art director (Sam) told me that it would be better. I believe him. He has done more than me and surely, he won’t do anything to embarrass me.

Honestly, this was really fun for me. Doing the artwork while Sam was there. At least, I could feel that even if my works are not the best or the most visually appealing during the event, he was there to support me all the way. And I know that I made it because I love the craft and writing. I strive to inspire aspirants like me.

The materials used were:

This is the first time that I got invited to an event about a thing that I love, calligraphy. It gave me such boost and drive to improve on the craft and to continue what I’m doing so others may be motivated to practice more. Not only that, but also it pushes me to be a better scribbler.

Insecurities will always be there. I felt that because maybe people were there and the ones around me are the idols. However, I must strive to make it as a motivation to be also better at what I do. Learning how to change insecurity into a motivation is quite tedious but surely, it is worth it.

Once again, Thank you G and the universe for this! Thank you Marvy Uchida Philippines for the opportunity!

So how about you? Is there something that you are insecure about?

P.S. My blog's open for guest posts and sponsored posts!

Right now, we express our love and support in vari

With everything that's going on, have you treated