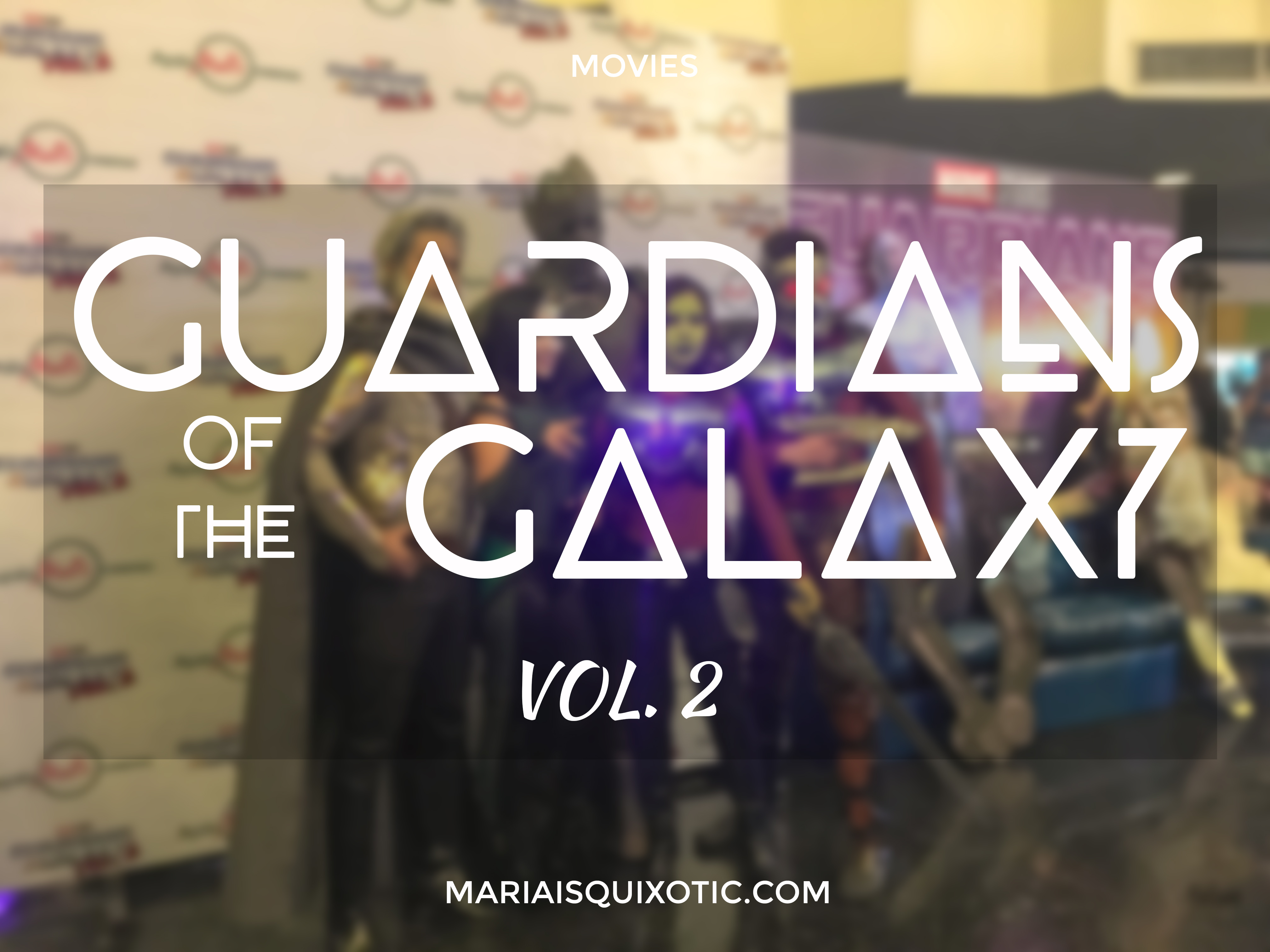 Luckily, I won tickets to the special screening of Guardians of the Galaxy Vol. 2 in Greenbelt. As you know, Marvel is popular for the comics and stories it tells people. So, just in time for my name day, I was rewarded with these tickets!

To be honest, it was all a game of luck.

Then the next time I checked my Twitter, I saw this in my notifications:

Congratulations @Mattswerte and @Mariaisquixotic! Please send us a DM to find out how to get your tickets for #GotGVol2 for later. 😎 pic.twitter.com/tDJDc76tRi

Others usually tell me that I get lucky with raffles or giveaways. They wonder how do I do it. It’s really simple.

Just join for fun. Expect nothing in return.

That is my forever motto when it comes to joining. There are times that I do not win. I do lose also, and I lose a lot. But that did not stop me from joining contests.

So, since this was totally unexpected. I asked my friend, Nicole (who is the girlfriend of my boyfriend’s brother), if she wanted to join. On the bright side, she said yes! So almost two hours before the movie time, we headed to Greenbelt.

If you wonder why we had to leave 2 hours before, this is because of the intense traffic in Manila. I only live almost 3-4 km from the mall. It’s relatively near, right? But due to the consistency of the traffic, you have to leave earlier than usual to be able to arrive earlier than expected.

When we got there, our first agenda was to claim our tickets. There was a verification that happened. I was prepared to present my ID’s just in case but it didn’t get to that point. 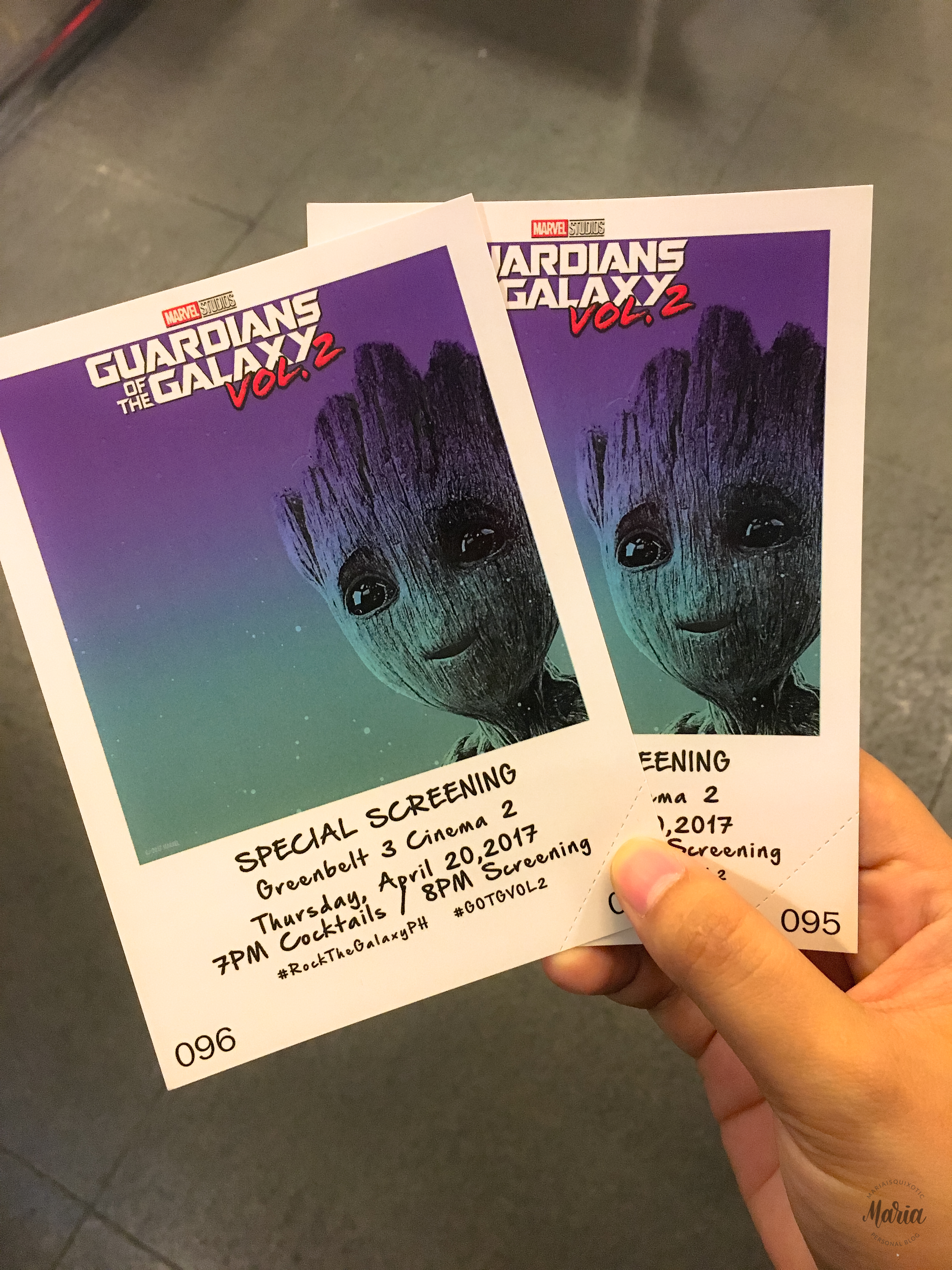 We did not expect that there will still be cocktails before the screening. To be honest, we were actually famished and thinking on what to eat since we were on a budget. Another gift from lady luck, there was a cocktail!

There were soft pretzels (as what Nicole told me), German sausages that were so yummy, panini and iced tea. Moreover, there was a free ice cream (from Gelatissimo) and popcorn (from the movie snackbar).

While eating, I saw various celebrities. Nicole did not seem to bother as she do not know most of the ones there.

So here’s a rough list of the ones I/we saw:

I actually various people asking for photos with the celebrities, while others stand a few feet away and just taking ninja photos or videos. Well, to be honest, this was really so advance because it will be on theaters on April 26, 2017. The premiere in the US will be on May. So, those who were there were LUCKY.

Thank you, Ayala Malls for the giveaway! 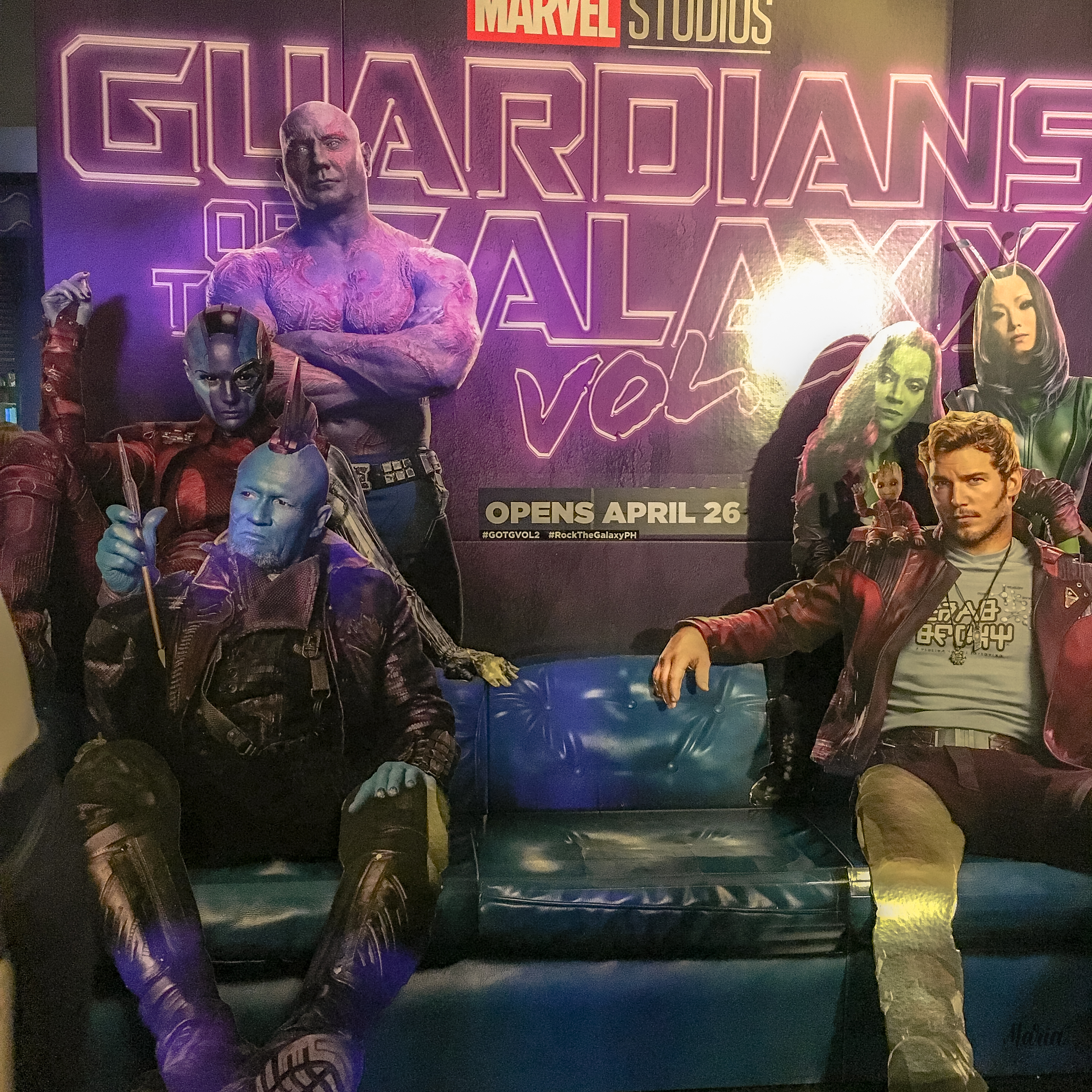 The movie we saw was in 3D. I thought I will feel dizzy again but no. It was comfortable actually.

BUT, before stepping inside the movie theater, all were advised to deposit all mobile phones or gadgets that may actually record the film. They were really meticulous about it since it was going to be way ahead the supposed schedule. I deeply understand their cause.

While inside the theater, there were no assigned seats. We were free to choose where we want to be seated. I got the aisle seat and Nicole was beside me. We saw various trailers for different movies.

After, the national anthem was sung.

Then we know what happens after that. More trailers and eventually the movie!

I could definitely say that they did it again! The trailer did not disappoint and I was happy to see Baby Groot more. He was just so adorable the entire film.

The effects that were used are out of this world. Surely, I cannot elaborate on that because I am avoiding accidental spoilers.

Since it will be in theaters on April 26, make sure to get your tickets so you won’t miss it!

I would rate this film with 4.5 stars out of 5. I felt that there was something lacking still. Or maybe it’s just me. 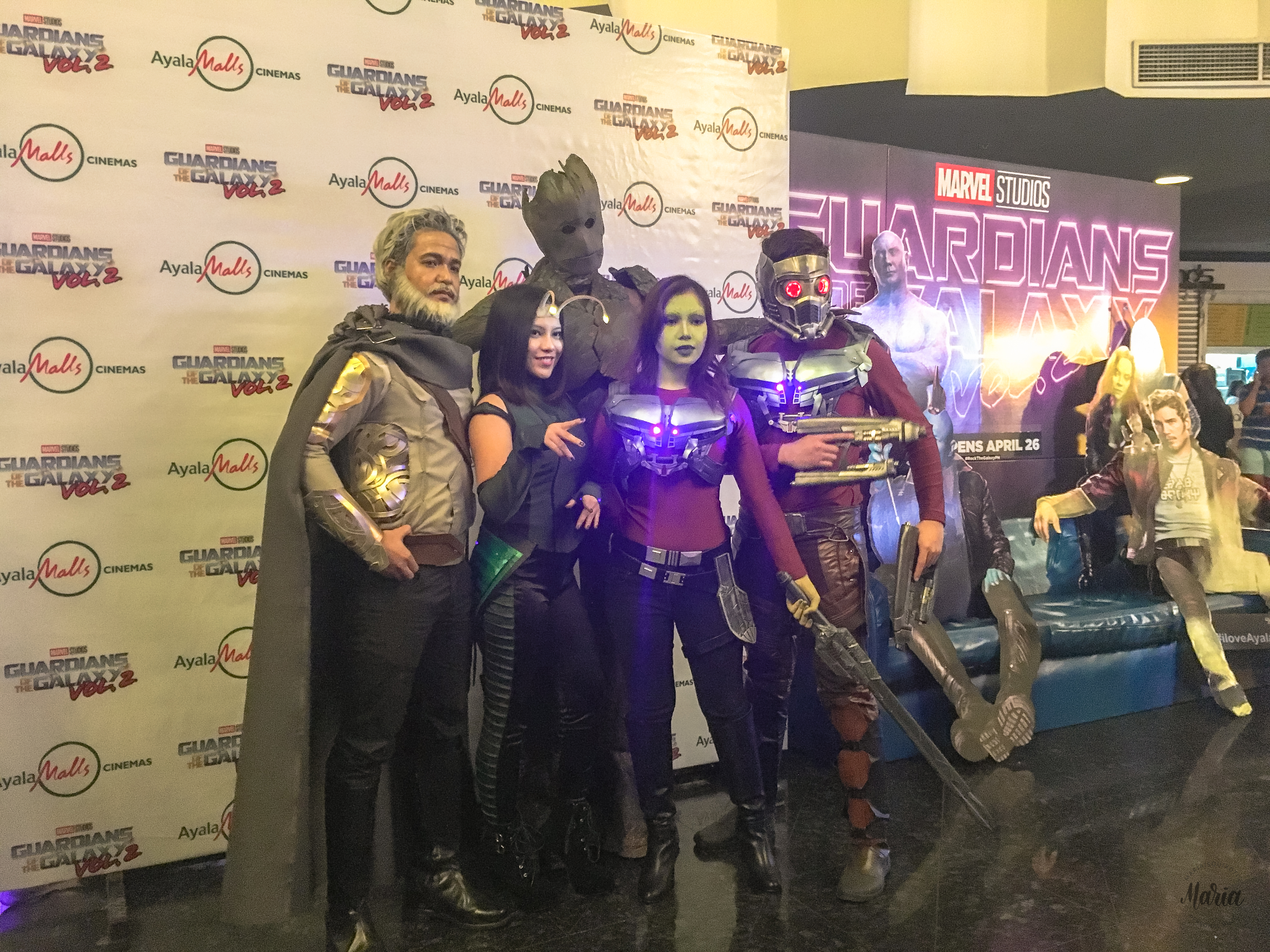 Are you ready to save the galaxy one more time?

chris prattguardiansguardians of the galaxy vol. 2marvel studios
On April 23, 2017 • By Maria Redillas
5