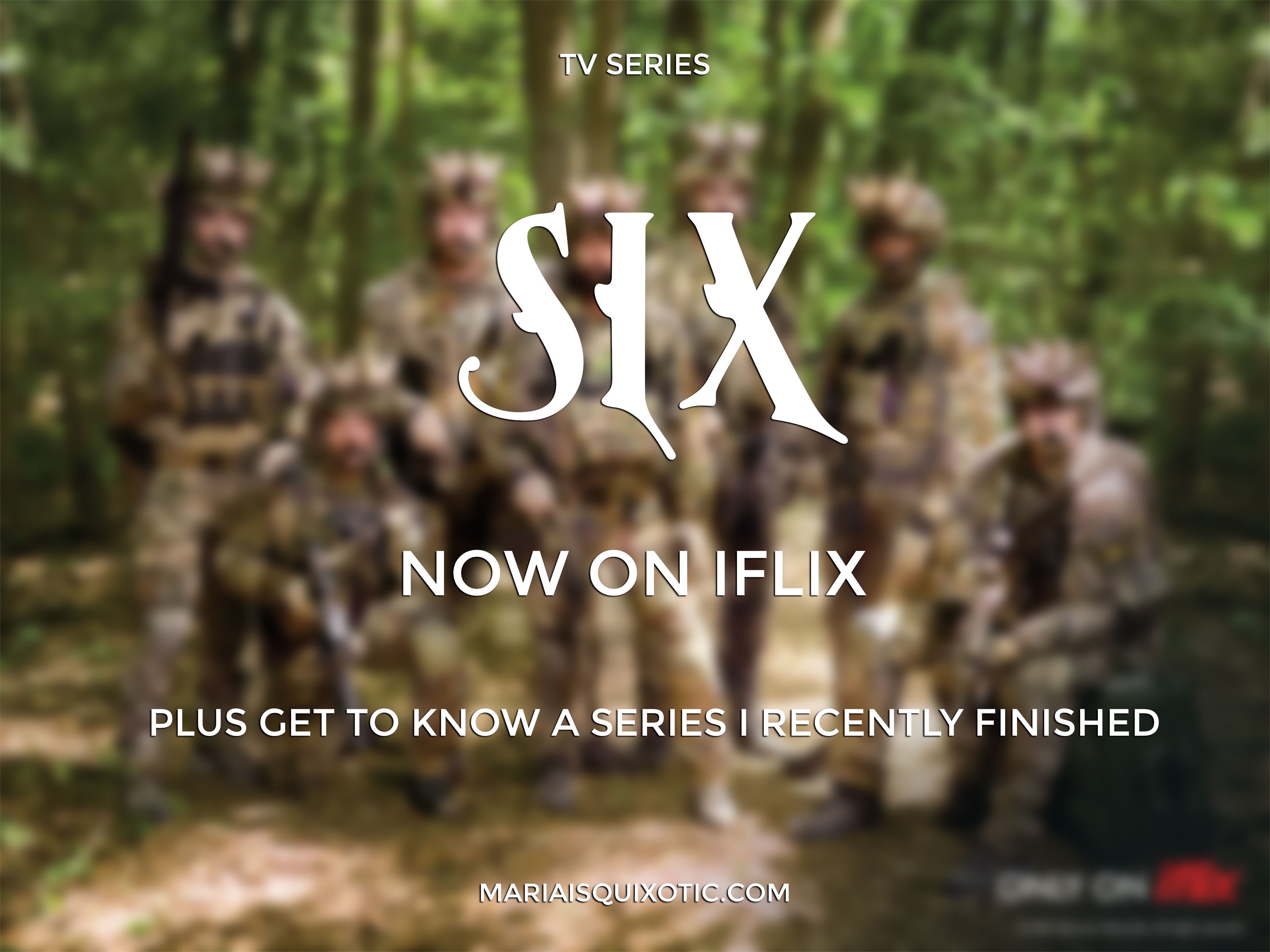 There’s a new military combat series on iFlix. It’s an American television series that premiered last January 17, 2017. For the first season, it has eight episodes.

It has been a few months since this showed was included in iFlix’s magical content. I have been missing in action (mia) for quite a while because I have been binge watching series through iFlix.

Honestly, I have been very vocal that I truly prefer to use iFlix for my binge watching needs. Even if it caters more Asian shows and movies. However, they have also some Western movies and series that you could watch.

But, there’s a new series that they have and it’s called SIX.

What is it about?

It is an American series that has been ordered by History. For its first season, it has eight (8) episodes. It’s been renewed for a second season with 10 episodes.

The series is about members of legendary Navy SEAL Team Six, whose covert mission to eliminate a Taliban leader in Afghanistan goes awry when they uncover a U.S. citizen working with terrorists. Inspired by real missions, the series authentically captures the inside world of America’s elite Special Operations Forces.

It gives audiences a unique, intimate glimpse into the lives, missions, harrowing firefights, and life-and-death decisions they make, as well as the camaraderie and brotherhood they share to protect and serve their country.

SIX does a brilliant job of humanizing what it means to be an elite soldier both on and off the battlefield. David Broyles’ offers his deep insight into the mental, emotional, and physical toll combat has on them as men, fathers, brothers and soldiers. We are thrilled to offer this incredible show exclusively for our members in the Philippines

That’s it for this series. Now, I’ll be sharing about a series that has greatly captivated me. To be honest, it got me binge watching for weeks up until its last season.

I recently discovered this series while looking for another series, how convenient right? With my discovery with The Mentalist, it has mesmerized me how a series about catching a serial killer lasted for seven (7) seasons.

The show follows former “psychic” Patrick Jane (Simon Baker), who is a consultant to the California Bureau of Investigation (CBI), using the highly developed observational skills he previously employed to “read” people’s minds.

What I love about it

To make it easier to read, I’ll enumerate them.

Both of these are available on iFlix. Now available to one billion consumers across 18 markets throughout Asia, the Middle East and North Africa, iflix offers consumers,a vast library of top Hollywood, Asian and Middle Eastern regional, and local TV shows and movies including many first run exclusives and award-winning programs. Each subscription allows users to access the service on up to five devices, including phones,laptops, tablets, and television sets, for viewing wherever, whenever.

For new subscribers, iFlix offers a complimentary one-month trial with full access to its service, features and content. Go to the website, or download the app from the Google Play or Apple App Store to register.

iFlix is the world’s leading Subscription Video on Demand (SVoD) service for emerging markets, offering users unlimited access to thousands of TV shows, movies and more. With a vast selection of first run exclusives, award winning movies and shows, plus the best in local and regional programs, iflix places the entertainment people want at their fingertips to either stream or download.

For one low monthly fee, iflix subscribers can watch on their mobile phone, laptop, tablet, TV… wherever, whenever.

What do you think about these series?

Train To Busan, Only on iFlix!