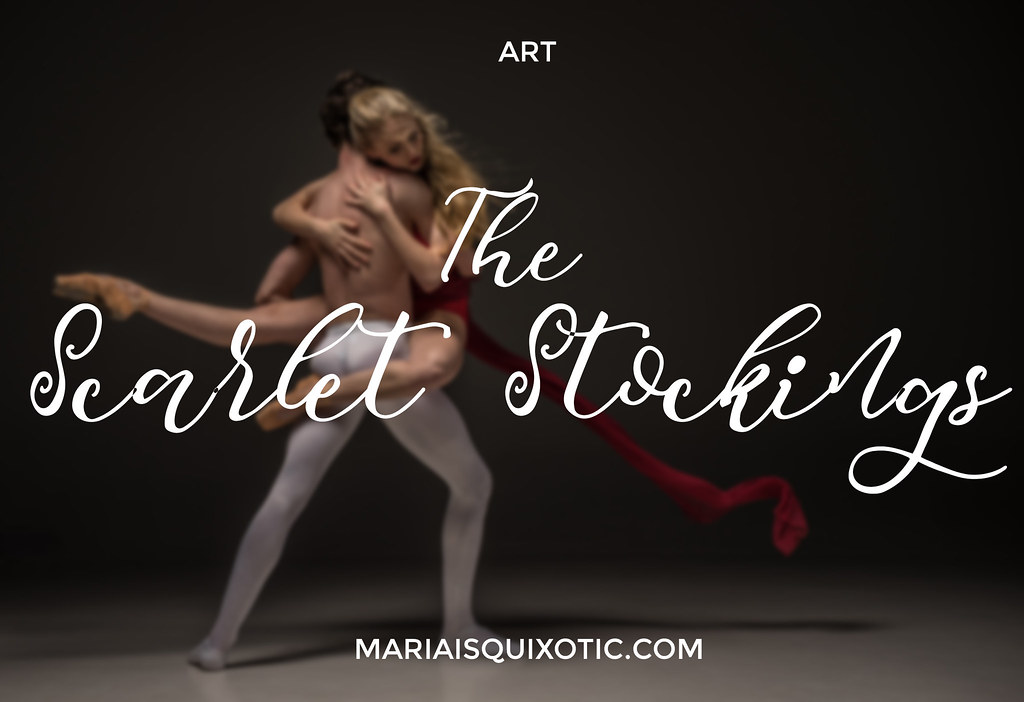 Watching theatrical shows has been close to my heart ever since I was a kid. Getting invited to watch The Scarlet Stockings is such an honor. Why? It’s going to be in Benilde, particularly at SDA Theater which is my alma mater.

Going to Benilde for college has been a roller coaster ride. One of my fave things back when I was still in college, was the idea of watching productions and shows within the walls of the school. The way I see it, it’s a privilege that most of us never really made use of.

Now, post-college, being able to watch productions or show within CSB is truly an opportunity to see my alma mater once again and to applaud to the talents of the students as well as the performers.

Honestly, I’ve only heard about The Scarlet Stockings through Sam’s brother. Tyrone is one of the people behind the lighting of productions held inside the school. When he asked me if I had plans for Saturday, I told him I don’t and that I only have an exam. Then he asked if I would like to watch the show he’s part of. How can I refuse to that?

A show in your alma mater plus supporting your boyfriend’s brother, that’s the dream! Hahaha! 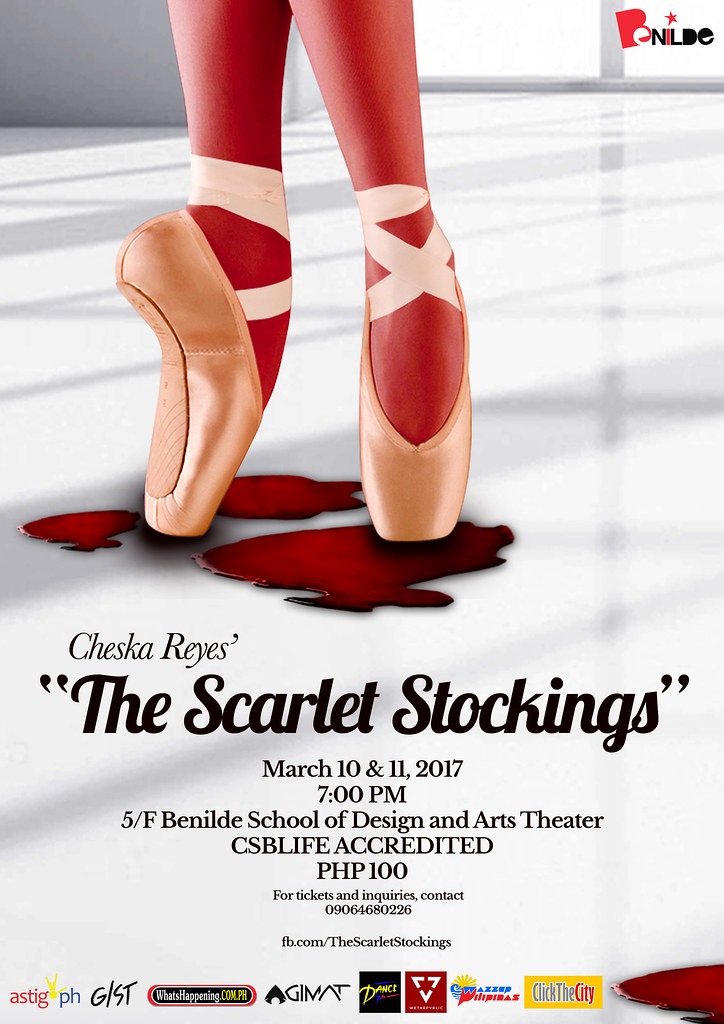 This will be Benilde’s fully balletic dance thesis production in nearly a decade. It intends to take audiences on a journey, and show them physical and emotional struggles of what is arguably the country’s most difficult and underappreciated career.

What is the price of attaining a goal? Where does one draw the line between ambition and obsession?

The Scarlet Stockings features set, lighting, and sound design by some of Benilde’s best young talents; as well as the scholars Ballet Philippines Dance School (both past and present). It encompasses the original choreography by Cheska Reyes (formerly a scholar of Ballet Philippines).

When an audience sees ballet dancers, they see a gossamer parade of young bodies on show. Nymph-like and lithe, ballet dancers have personified the epitome of ethereality for centuries. However, no one ever has the nerve to peer behind the velvet curtain to see the true grit of a ballerina’s life.

From a young age, the female ballet dancer trains relentlessly, in the hopes of one day rising to fame, of becoming a star. Unfortunately, for most young dancers, the possibility of that dream becoming a reality is slim. It is more likely that she will spend most of her career in the corps de ballet; the ensemble group dancing in unison around the featured soloists.

The dynamic of the dancers who make up the corps de ballet is unique only to them. Despite sharing a bond closer than blood; they are painfully aware of how short their careers are. Every girl in the corps de ballet prays to be noticed, to be promoted, and to achieve her dream.

Unaware and dismissive of the heavy price attached to the stockings; Adrienne’s manic obsession with keeping the power she believes they possess to herself escalates, and she begins to lose touch with reality.


For Tickets or Inquiries

Hope to see you there!

Kigginawan: The Hidden Island | Why Watch?

W’s and H’s Behind MQ’s Shop