Just this January, I was arranging for my transfer to a new place. I was both eager and scared since this will be the first time that I am doing this on my own.

Currently, it will be my seventh (7th) year of living away from home since I went to college. It truly has been a roller coaster ride for me since I was terrible homesick during the first few months of my first year here. What I did was surround myself with people who would remind me of home and who may feel the same way as I do. Yet, young as I was, I was vulnerable to various things. I was staying at a dormitory near school where I met most of my college friends.

The dorm was called Residencia de Santo Pio where I stayed for two (2) years before moving in with my cousins. There, I met different people from different places (in the country and in the world). It was quite different from living in the province. Real talk. Some were older so they’d enlighten us about how it is in college. Life in the dorm was awesome even though there were rules!

Currently, I have rented a place solely for myself. And it actually feels great!I’ve learned so many things while I was still living in the dorm. I learned some household chores like washing some of my clothes / dishes, cleaning my room and organizing my stuff (since I had a lot back then). I carried those learnings up until I was living with my relatives in the apartment adjacent to the dorm. I lived there for around four years before moving out to have my own place.

They may seem synonymous with one another yet different in context depending on what’s your perspective.

For the number of days of being alone and depending only on myself, I’ve gained so much and learned many things:

Yet, moving can be a very hard task as you need to organize your stuff and the ones who will help you move. I have checked gawin.ph for local movers or trucking and I booked for the Alexzander Trucking Service. During the day of the move, the truck and helpers arrived on time and really helped me move my stuff from the old place to the new one. They were really nice and the moving was smooth. The rate would depend on the distance from the pick-up point to the drop-off and the type of building of the destination.

In moving or transferring to a new place, I’ve learned:

Nevertheless, it may be quite tiring to move and transfer yet it’s also fun! Sorting my things then made me remember the Sorting Hat from Harry Potter. To be honest, moving is a big decision. You have to think about it again and again until you have convinced yourself that you are already ready for it. And another day means another adventure, another day to learn and to study. I do hope this could help you in the future!

How to Keep Your Hair Healthy?

A Glimpse at the Changing Face of Online Shopping in Philippines

Find Some Time to Have Some Fun 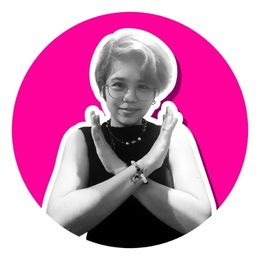