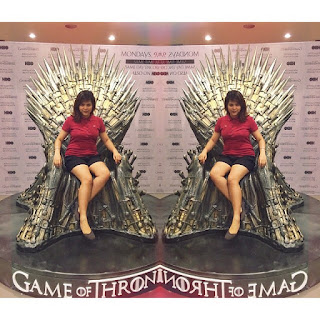 For starters, before I somehow used to dislike the combination of my name. I was named Maria Kristine yet I was hoping that it sounded like more Spanish just like, Maria Kristina because I used to listen to name of the falls in Lanao del Norte (not sure if it is correct or if my memory is right) called Maria Cristina Falls which by the way is a source of electricity in Mindanao. So before, I was really curious why it sounded Spanish and English at the same time or it’s just me. Anyway, I was also confused by the Maria in my first name. Since others write it as: Ma. or Marie or same as mine, Maria. So when I was younger, I had numerous versions of writing my name. From Ma. Kristine to Marie Kristine and eventually to Maria Kristine. 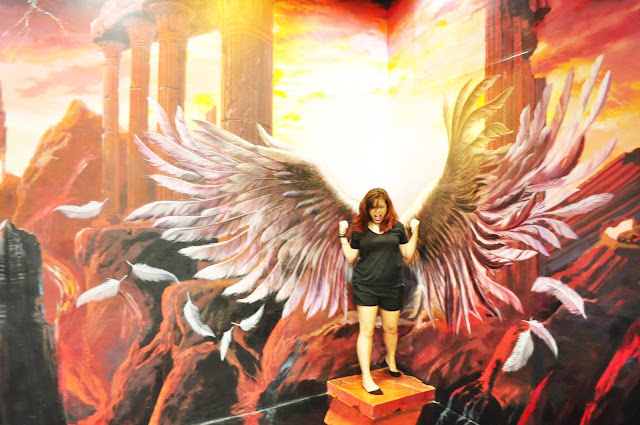 So as I have mentioned a while ago my name sounds Spanish because we are of Spanish descent though majority of the physical attributes were not passed down to me (e.g. height, skin tone) but in some aspects of the tradition and customs, I have possessed those especially the traits.


Another thing that you might know about me is that I do have a collection of dolls at home in Legazpi, may it be Barbie or Disney or even dolls from other countries. Others ask me if I get scared of them since some use it as a haunted item in movies but I really don’t. Though some toys may have been donated yet those are really part of the things that are hard to let go. They are like hocruxes and hold a certain part of memory that I share with them. From the age when I knew how to unpack dolls to the age that I knew how to keep them.

Since others say that dolls are more precious if they have not been taken out of the box just yet.

Some know about this yet others don’t so I am going to tell you that I play the piano and it is my first love!

I am not the widow type but the sight reader type, I am used to reading piano pieces. I am used to playing classical pieces like:

The list goes on and on but I have just highlighted these because these pieces are really close to my heart and I have some lovely memories with them. My piano teacher is Mrs. Kallos who is also a fellow Agnesian. During the last recital before college, as far as I remember, I was promoted to Grade V or VII and I was really thinking about pursuing Bachelor in Music yet the universe did not agree to it so I chose another degree to pursue.

Then another thing that is somehow new for me is cooking. Most of the people around me know that I was not really that kind of person before but due to some instances and necessities, I learned and loved cooking. I started from tweaking instant noodles to started searching for recipes and trying to do it on my own and sometimes experimenting new dishes with just simple ingredients. Some would even tease me that it was preparation for another big step in my life which I see myself doing five to six years from now. Some may not consider baking as part of cooking but I learned to bake too, just recently. I have tried baking cupcakes, dark chocolate ones and red velvet, yet I still need to learn other dishes that would suit my taste.

Lately, I have discovered that I am a bookworm though when I was younger, this was not really a visible trait. Before, I was given the HP books from 1-4 yet I haven’t finished Sorcerer’s Stone. Yes, you read that right. I haven’t finished any of those yet however, with the Game of Thrones series, I have finished reading the first installment. I am now onto the second which is Clash of Kings. The books are really different from the movies or the series. Yet, once more, I have learned that even though people are growing up, your imagination never fades away; well unless you let it fade away, of course. Before starting with the Game of Thrones series, I read books by Allan & Barbara Pease and so far their books are part of my favorites list. The books talk about differences between the two sexes and how would you deal with it, behavior in the workplace and also relationship talk. From all of the non-fiction books that I have read (including Chicken Soup books), these are really applicable to the daily life. From what they say in the books, I could really see in reality and that is really helpful!

Some may be curious why my social media accounts have the alias mariaisquixotic, well a brief explanation would be that the word that could really describe me is quixotic. Then I utilized Maria as part of it since I am called Kristine/Tin and I really have not used Maria in my day to day activities. Quixotic is rooted from Don Quixote, a famous fictional character who is unpredictable, romantic and extravagantly chivalrous. Those do not literally describe me as a whole, just partly. Another definition of that would be, crazy! HAHAHA. Well, I guess I am crazy for a lot of things like food, dolls, phone cases, books and much more! Somehow quixotic is synonymous to autistic which was the word which Sam used to tease me with and it really stuck so I looked for another friendlier synonym and alas! I found quixotic.

Most of the time, what the SO (significant other) teases us with really sticks through thick and thin and stays close to the hearts of many.

Since I am getting lazy to elaborate on some facts about me, I’ll just list them:

Enough about this for now, soon I may update this and be surprised with what is in this post! I know this is a lengthy one yet it’s written with all of me.