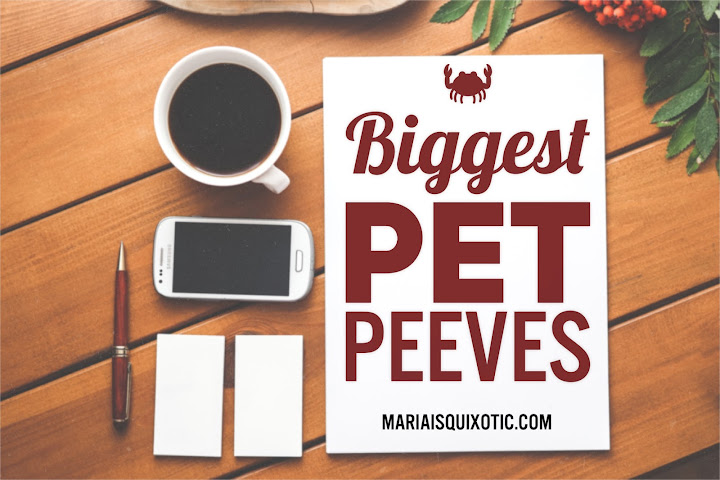 So here I am, awake at the weirdest hour trying to contemplate on what to blog about next. Voila! I just thought of my biggest pet peeves. I wonder if what are your pet peeves and would you care to share them with me?

Personally, every person has their own list of their pet peeves and even though you have listed so many at the moment, the list still goes on and on and on. The past few weeks I have been drafting about this and usually ends up deleting the post since my list continues to expand up until a few days ago that I realized that the list contains the same things although changes from the aspects.

The things that I’m about to reveal may be related to this, so just connect the dots perhaps?

Why? Simple. We are created in different ways, unique from each other. Tell me, would you want to walk around looking exactly the same as your friend?

Would you like to talk to someone having those screechy or noisy backgrounds? We pay for the service that they usually say yet they don’t fulfill what they have been advertising for so long. We blame them, yes they are guilty but can we blame ourselves too for believing them?

I don’t know about you guys but this one’s a tough one to elaborate. Personally, I don’t get why some think of others that they tell lies well in fact they are telling the truth. I find it amazing how can they not believe that the person is telling the truth. I do remember a segment from Tonight Show with Jimmy Fallon called Box of Lies. Watching some clips about celebrity guests and Jimmy Fallon battle in telling truths and lies was really making me feel amazed and ridiculed.

Yes, I am a Filipino yet this Filipino Time is killing me! I do admit that I arrive late sometimes for appointments yet I make sure I made an effort to make it on time. Traffic is a major cause why this Filipino Time still applies yet one of the major factors I see is that people themselves are not making an effort to be early. This has been a habit that we should change and that change should start from within.

This is quite self-explanatory especially if you live in the Philippines.

Who loves that? Come on!

People choose who to follow because it’s what they want. Others cannot compel them to follow or even like whatever they post on the web. Plus, the numbers don’t measure your worth in this world.

Plus here’s what I found on Cosmopolitan:

Why do you want to follow strangers so badly? Your newsfeed is already clogged with your dumb friends’ post. 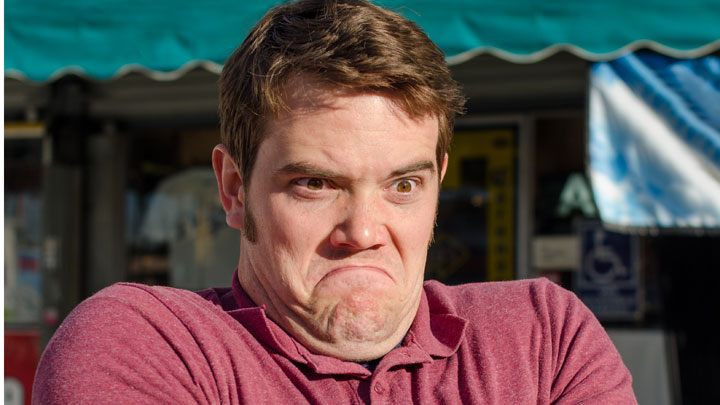 These two are synonymous yet not exactly the same. People can be proud of their achievements in whatever they do yet some just brag about some things that are not even feasible to them. You can brag about your awards, achievements, grades or whatever but just don’t overdo it. People can hate you for that.

Why fit in if you can stand out? Why blend in when you are versatile? We stand out for a reason yet we adjust to others for reasons like we want to have friends or belong to a certain circle. Yet, why not create your own circle?

Ever since the boom of social media, a lot has changed. The younger generations having access to the internet and having various accounts to platforms that may not be suitable for their age. The internet has empowered a lot and even defy their parents at a very young age. Instead of interacting and playing outside with friends or neighbors, they are just stuck inside their houses and play games on their gadgets or even just merely watch videos from video streaming sites (e.g. Youtube). I feel lucky that I got the chance to learn how to ride a bike, play games like tumbang preso and other games and really interact with the other kids in our neighborhood even though I had curfew before.

Self-explanatory, perhaps? Just a note, sometimes people post a lot on their social accounts yet tend to forget that their posts contain errors. Yes, we tend to overlook some details yet most of the time we want everything to be flawless! Why not have some extra time for checking your posts if it’s flawless and have mercy to the eyes and brain cells of your readers.

I really don’t know if I made some sense here but if you fully read this without skimming or skipping any part, kudos to you! HAHAHA!

P.S. Photos/Gifs are grabbed from Giphy and the internet.

P.P.S. It was written in the wee hours of a day and posted late due to scarcity of stable internet connection.

Things You Need to Know About Having Mental Health Issues