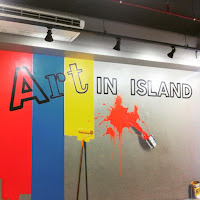 Spending a long weekend with your family is one of the best things in life!

On August 21, 2015 was the Ninoy Aquino holiday wherein my mom and my aunt went here in Manila to spend the long weekend with me. That being the case was because of my request. Also, the day after the weekend is my boyfriend’s birthday so we also somehow tried to celebrate it together.
Sam and I went to Ninoy Aquino International Airport (NAIA) Terminal 3 to fetch them just as they arrived in the metro. My cousin, who was there too, was also going to fetch them yet due to his tight schedule, he had to leave even before meeting mom and tita. The weather was so upset that it even cause the plane to experience some turbulence. Nevertheless, they were able to land and we were able to see them!
After meeting them at the airport, we went straight to Dolores (second home) to let them settle in first and rest for a while. Then, we went to Greenbelt and went on strolling and eating there. Just having a good time with each others’ companies. Sam was with us the whole time! We really enjoyed being able to talk about anything and everything under the sun. When the next day came, the weather was kinda worse than Friday so the plans of going out was put on hold as I needed to fulfill some academic duties. After fulfilling those, we decided to go out again and go shopping because there were a lot of stuff that were on sale! So we grabbed the opportunity and went on shopping!

On the third day of their stay, I decided that we go to Art in Island which is found in Quezon City. We went there with Sam in order to be able to give a pre-birthday celebration and to really bond with mom and tita.

When we got there, we were happy to know that we are eligible to avail of the discount and Sam won’t be needing to pay for a ticket since they have a promo for birthday celebrators! So what a great news it is! So to showcase the photos, here are some: 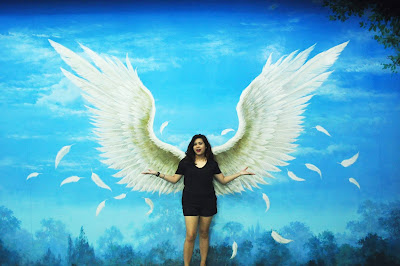 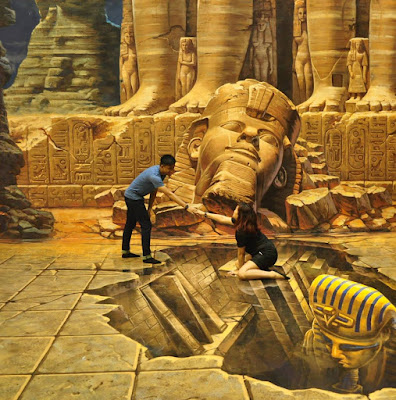 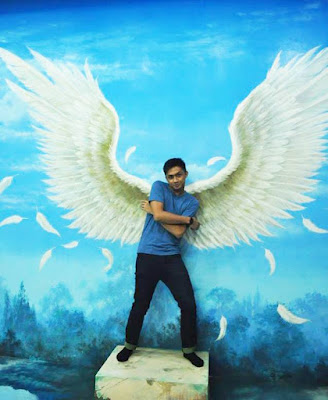 After having some light snacks in the café inside Art in Island, we went to Makati again to hear mass and also to eat and buy some last minute shopping! More photos when you click this.

Fortunately, we saw Earl & Marie, Kuya Marti & Gelli and their cousin. We were able to catch though we were maximizing time with mom and tita. They got bored for a bit but they were okay when we met friends and talk to them.

On the side note, on August 23, it’s Kuya Marty’s birthday! Feels great to be able to greet him personally after how many years!

For dinner, we opted to eat at Sbarro which was a change because we have been eating Chinese and Japanese cuisine for the past days! ☺️

Obviously, we had pizza and pasta accompanied with one of the best tasting garlic bread and carbonated soda! For the Chinese cuisine, we ate at Mongkok and for the Japanese, we ate at Yoshinoya!

There’s this one funny moment wherein I was making the oldies laugh and tita saw that Sam was making faces when I was in my crazy state! It was such a funny moment because it seemed that they all rallied against me. How cute was that!  After which, we had a stroll before going home and eventually, we booked for a GrabCar to pick us up and send us home. The day was really fun and I was really happy when I saw the faces of my loved ones glad and glittering with high hopes! I just really wish there could be a repeat for this! 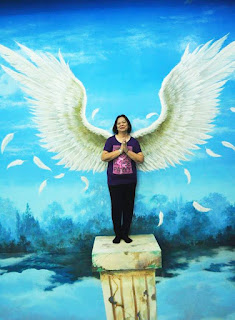 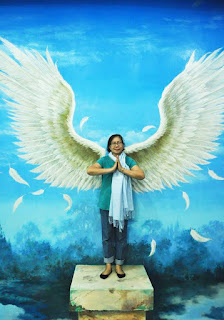 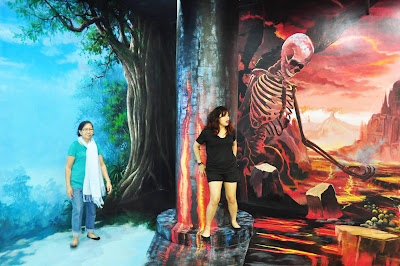 P.S. Some photos were captured by mom, tita and Sam. Some were my captures. I really think that they have been improving with their skills in capturing photos!

Today, August 24 is Sam‘s birthday! I just really wish that he had some real good fun and good time today!