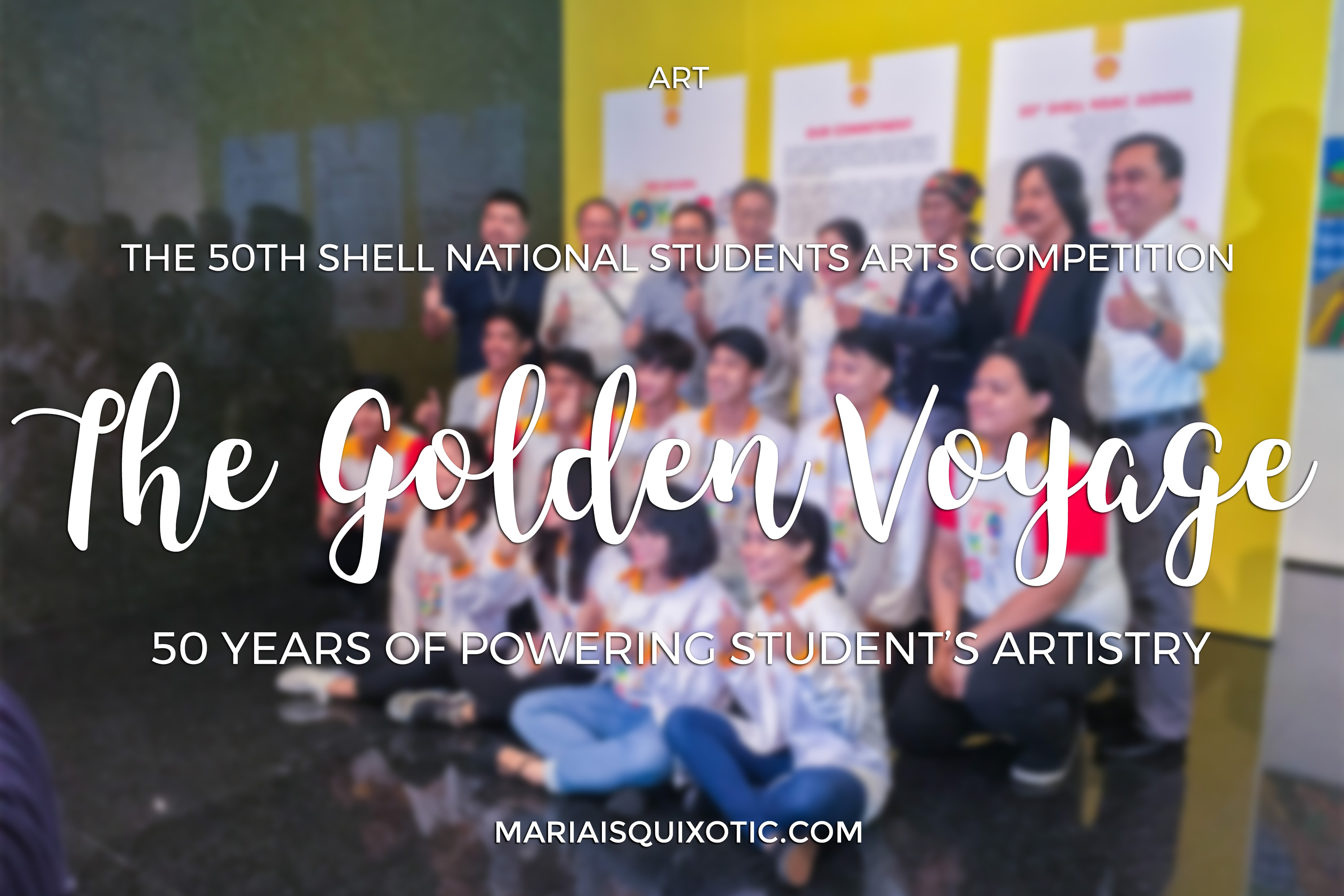 Pilipinas Shell launched a search for artwork during 1951. Now, 50 years later, Shell has been active with the art scene. Passing the passion thru art through The Golden Voyage.

Everything started in 1951 when Pilipinas Shell launched a search for artwork in a simple calendar. Unknowingly, it has laid down the groundwork for what would become one of the most anticipated and enduring pursuits for artistic talent in the Philippines.

In our dear country, the local art scene faces a lot of challenges. First, from all the ridicule that most people would give to an artist. Next is facing the challenge of keeping the creative fire burning. Or simply, keeping the passion alive despite all the hindrances the universe throws at us.

Moving forward, Shell was one of the first to step up to the challenge. They realized that yuppies needed a place where they could showcase their talents and their abilities to share their passions. Through artworks, they speak the truth about the harmful things happening in our country. With every artwork, a person opens up their senses to the harsh realities that there is in the world that we live in.

This is an annual art competition that continuously seeks to inspire us, especially the next generation. Unleashing their creative and artistic potentials will always enable them to be an active part of society.

What is truly admirable about this is that they believe and see the potential of the youth today. They did not ridicule art or how can it relay so many powerful messages. But, what they did is that they made it as an instigator of change. That we can still raise the bar and carefully mold the future of this land.

For 50 years that they have been doing this, Shell enters a new era of being a frontrunner in power, energy, and gas technology. In the same innovative spirit, the NSAC is also widening its scope. It starts with taking digital art into its fold and continuously encouraging and motivating artists to continue exploring. There are a lot of new venues and technologies being produced for every single day which enriches more creative freedom and expression.

Filipino artists found a loyal supporter in Shell as it continuously raises the bar for more than 50 years now. Molding young artists and future leaders of tomorrow.

The future National Artists are treasures waiting to be unearthed; the fire in them yet to be ignited.

How Do We Enrich Philippine Art

We have witnessed the competition and do you wonder if they have other things that help art in the country? Luckily, we learned that Shell conducts workshops that would continue exposing and educating the winners through the Shell Art Interaction Program. This brings establish artists to provincial and rural areas to conduct workshops for art students. It also encourages vital inter-generational dialogue that wishes to inspire future National Artists that shall change the cruel realities, one artwork at a time.

For the 50th year of Shell NSAC, it adapts the theme “The Golden Voyage” which aims to celebrate and reflect on the years of challenges and wins that made. It changed into an innovative competition that urges students and artists alike to embark on the journey. That journey explores the purpose of their artistic craft, and continue enriching the vibrant cache of Philippine art.

There are more categories that we saw and admire. Plenty of talents that the whole world needs to see and appreciate and kudos to Shell for putting up an event like this. We can’t thank them enough for creating programs like this that support youth development. It empowers nation-building, and sustainable, inclusive growth.

The contest was open for every artist in the country. They received a total of 859 entries across all categories nationwide spanning from watercolor, oil/acrylic and digital art.

With the different categories in this competition, there were also designated judges who worked side by side in order to pick the top three (3) artworks for categories.

“Lakbay” by Bayani Jamesson Galera (University of the East – Caloocan)

“The Facade” by Angelica Lantin (Technological University of the Philippines)

Looking at artworks of different creative students is clearly amazing. Also, listening to known artists and National Artists present during the event is very enriching not only to the creatives but to everyone as well.

Passion is a word that can be defined in various ways. It entails the heart, soul and emotion of every person in the creative adventure. Hard work accompanied by philosophy and purpose is always an important ingredient for success.

We conversed with the artists during the media forum and we learned a lot. One of which is for every artwork they have made, a vital ingredient was their connection to what they were doing.

Lastly, we love The Golden Voyage! We love it for its uniqueness and its genuity in conveying a message that may have been suppressed for so long.

Have you discovered your passions in life?

Why Do I Love Theatrical Shows So Much and What to Watch Next?

Why Do We Need Creativity in Our Lives More Than Ever