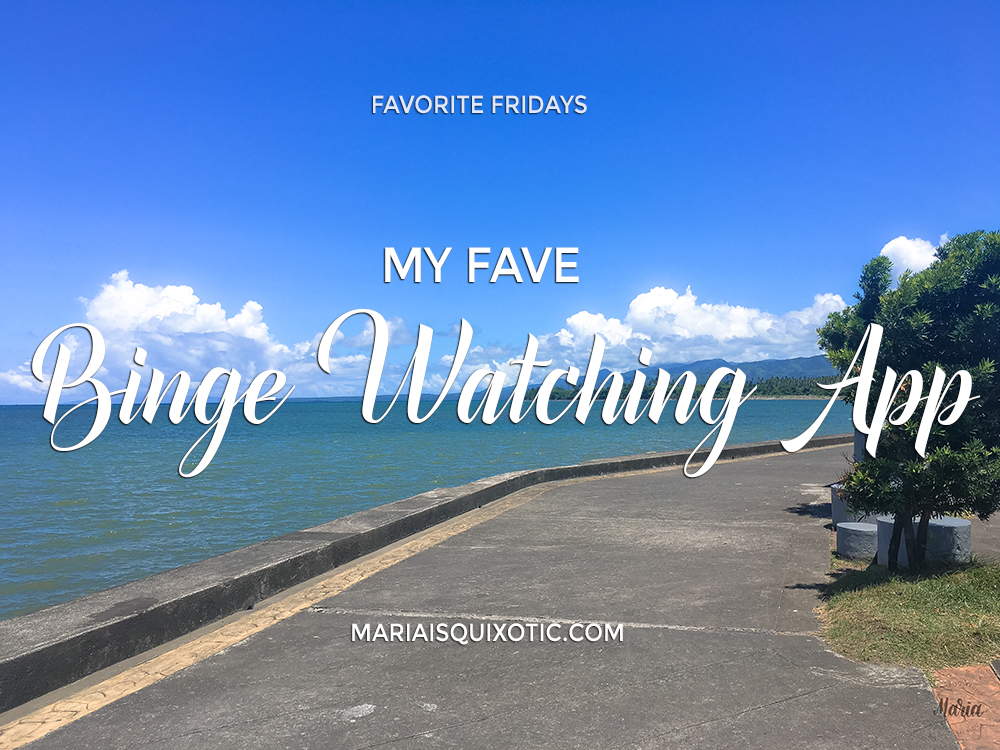 Binge watching has been one of my favorite activities to do in my past time. From watching Korean drama series to local Filipino movies and series, I just love lounging whenever I’m free and watching. Recently, I just finished Goblin. It’s a very popular Korean series starring Gong Yoo!

I personally wanted to finish this as soon as possible because I don’t want to watch the dubbed version on ABS-CBN. Somehow, I feel that the dubbed version could not exactly depict the emotion given by the actor. Maybe it’s just me?

For the past few months, my mom and I have been talking about binge watching. She’s watching mo Asian series (Korean, Taiwanese, etc) and I watch both Asian and American.

Yes, you read that right! iFlix is my fave app for watching! I have been sharing things about iFlix but I have not yet shared how much I love this app. So bear with me as it may get mushy in the end. 😂

Honestly, I forgot how I learned about iFlix. It has been a while since I have been using them. But what I truly and honestly know is that they are one of the best apps for me.

You may find that to be somehow bias but that is how I feel about them. 💙

So, here are the reasons why iFlix is one of my favorites!

#1 It has my Filipino indie films.

Lately, I have been watching local indie films. Ever since I have seen Ang Babae sa Septic Tank (The Girl in the Sewers) that starred Eugene Domingo, I started feeling differently about these films.

Our local indie films may have been recognized internationally but not quite in its own country. To me, most people would still watch the mainstream films that would have the big stars in it. Moreover, some mainstream films do not even possess a very good plot in the first place.

By mainstream, I mean films produced by the big names like Star Cinema. Internationally, it’s similar to Warner Bros. So you get what I mean now?

iFlix gives these indie films more audience and chance to be appreciated by the Filipino people. So, that gives some plus points for me! 💙

Previously, I mentioned that I have binge watching Korean series. Having iFlix on my tablet makes life easier since I could just search for the series I want to watch. In truth, not everything is there. But they listen to what we would wish that would be in their list.

I have been tweeting them that I wish they would include Goblin in their magical content. Lo and behold! They will! I couldn’t just control my squeal when I saw their post!

About movies, they have Train to Busan in their list as well. I haven’t watched it in the big screen, honestly. Sam and I watched it through iFlix.

#3 Catching up with Filipino series is a bliss

If you follow me on Twitter, there are times that I tweet my feelings whenever I watch something (either movie or series). Not only that, but I also watch Encantadia (2016)!

Some may think that watching Filipino series is corny and so uncool but Encantadia has been part of my childhood. From pre-teen stage to teen stage, it has been one of my favorite shows!

Not only that it has Encantadia, but it has other shows from the local big television networks. So, if you’re lucky enough, you may be able to catch the local series that have ended.

As a freelancer and student, money could be an issue. Especially if you are struggling to make ends meet.

Little as you know that iFlix charges Php 129 per month that could be added on top of your PLDT plan or connection. But lately, that have a promo that charges around Php 300-400 ($6-8) per year!

Imagine the amount that you’ll be able to save!

In addition, it could be used and/or downloaded on:

Just in case you want to watch on the go, you could download the episodes prior to leaving your place. Once downloaded, you can watch the episodes while travelling or commuting.

So I hope you have picked up something from this post aside from knowing that this is one of my favorites. I know that there’s also another streaming app in the embodiment of Netflix or Hooq.

But, I really would recommend this to you. It has been entertaining me for quite a while now. If you’re wondering about their support, it has been one of the best support team I have ever encountered. They would respond just even to one tweet. Even to the slightest fangirling moment, they would!

That’s it for iFlix!

That is it for this post. Let me know what you think down below!

Will you give iFlix a chance as well?

September 30, 2017
Previous Post Level up Your Skills: Join These Workshops in Manila
Next Post Featured Artist of the Month XI