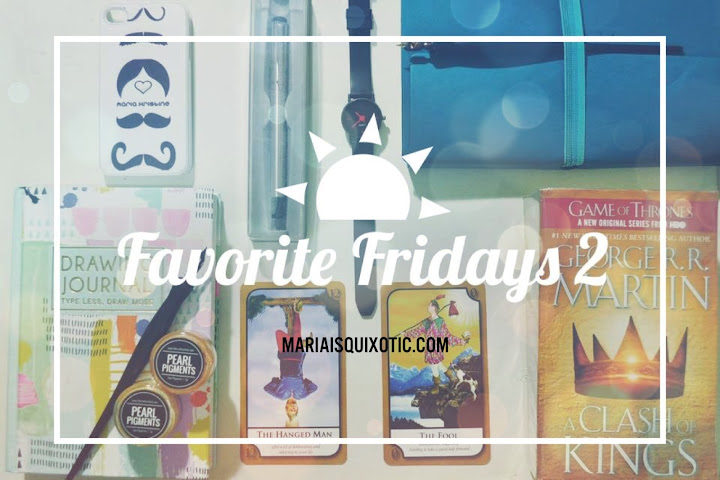 Here’s my second entry for this series called Favorite Fridays. As you all know, I was inspired to do this by Joy, who suggested that I should do reviews of the things that I use but thinking of it, that could probably come soon. How I wish I had all the time in the world.

Just a backgrounder on the photo above, it consists of things that are really close to my heart in the weirdest possible way.

For today’s entry, I’d be telling you about some of my favorite coloring materials!

These two brands never fail to satisfy my needs when it comes to liners. I like Stabilo because it does not blot or bleed in some papers. With the Dong-A, sometimes it blots. That also depends on the paper and how heavy your strokes have been. Though Stabilo offers more colors than Dong-A, these two are still very much included in my preferences.

Not only that they serve as coloring materials but I also use them for studying. To what purpose? Only one purpose and that is to:

See what I did there? I tried to highlight some texts. HAHAHA! Oh well, moving forward, both has great grips that surely won’t leave your fingers while coloring / highlighting.

I would really wish that I had more of those since I really love scribbling or doodling (even though I don’t have such great talent for that) and for highlighting as well. Colors help me remember things especially during exams! I’d just remember the color associated with it then my brain somehow chooses the info connected with the color and boom. Sometimes it works, sometimes it doesn’t. How I wish my brain could be expandable just like a laptop with an external hard drive. Oh well. Life’s unfair.

That’s it for now. More Fridays to come, so more entries to go.