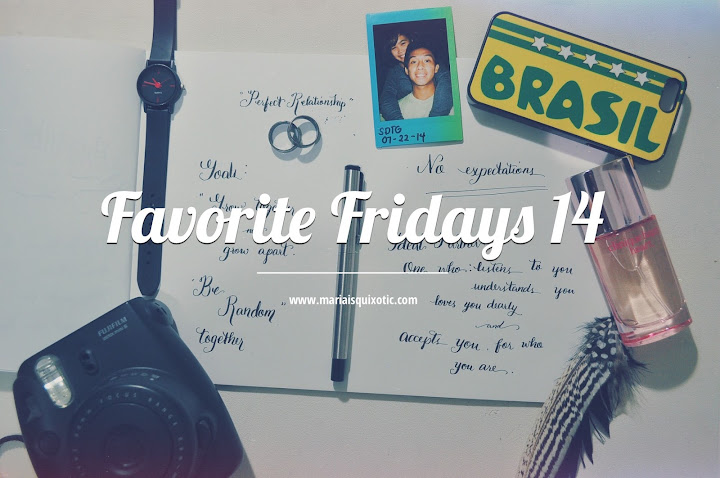 This series is about sharing my favorites every Friday and this series would not be born in this blog if not for the wondrous efforts of Joy who blogs over at Paperless Panda.

This series was supposed to keep me motivated to write yet somehow school is taking its toll on me and I miss the Fridays literally! I would remember about the series during the weekend or days before then forget about it when the day is nearing.

To be honest, I have lots to share yet I do not know how to share it. There are very broad aspects to my favorites yet to make the series live a bit longer, I’d be specific with some genres.

For this week’s post, it’s about my all-time Filipino movie. And I guess this is quite common to most yuppies / teens / people who adore Bea – John Lloyd love team. To avoid much ado, my favorite this week is:

Before, there was only One More Chance. Now, there’s A Second Chance. Filipinos (the way I see it) are really hopeless romantics. With the ongoing tv series and the ones who had finished already, all seem to look for a prince charming who would rescue damsels in distress and eventually end up together, happy ever after. With OMC / ASC, as I would reference those, it’s quite different.

The two films show different realities found in a relationship which sometimes we do not notice. The times that we wished that we did not break up with that person and continuously wishing that you’re still together. The realities during a marriage, yes it’s sweet at first but later on, it’s not. Life is not a fairy tale. JLC and Bea Alonzo really gave justice to the characters Popoy and Basha and even though I just learned about OMC two (2) years after its supposed showing, I cried a bucket while watching it! There’s really so much feels!

For ASC, what I liked about it is that it showed how married couples struggle with marital stress, work, finance and other aspects of life. I grew up knowing fairy tales and how’d they end so I grew up believing that it’s happy ever after once you meet your prince but little as we know, life will just start.

Here are my fave lines from A Second Chance:

Yes, those are very deep, beautiful and realistic lines that surely will make us think, will we be like that when we get married? Surely, from a perspective of an aspiring lawyer, it’s really a tough choice since there are a lot of responsibilities that go along with marriage. But romantically speaking, it takes a man and a woman to have a successful marriage.
Disclaimer: Images are from the internet, some I edited for this post.

“Your love story is what you make it.”

November 18, 2016
Previous Post S collabs with T
Next Post A Glimpse at the Changing Face of Online Shopping in Philippines