Every person has their own favorite. From his/her favorite anime show to his/her fave food to which ever fave that you have.

On this week’s Favorite Fridays post, I’ll be sharing my all-time favorite anime shows. Just a few days back, I was binge watching on Fushigi Yûgi or The Mysterious Play (now, Cardcaptor Sakura). My first time seeing that show was when I was in elementary and some parts of my high school days. I never got to watch the whole thing because I had a limit on watching the television.

Part of the discipline before was having limited time to watch. The television was the only gadget I had back then. It was the era where smartphones where just for the rich and famous and it was basically invisible at the time. Watching it would mean my rest period or study break and since I’m not that much of a tv person, I had to look at the newspaper for the schedule of the shows. I carefully and strategically managed my schedule in order to be able to watch.

Fushigi Yûgi or The Mysterious Play 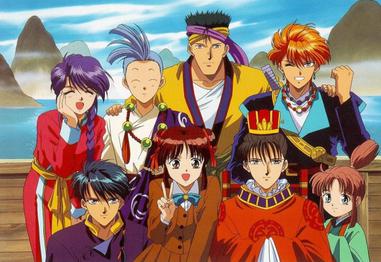 The story is about two girls who are best friends, Miaka and Yui, who are sucked in a book called The Universe of the Four Gods. It is loosely based on four mythological creatures of China.

The show was first aired in the 90s and local tv networks here in the Philippines have aired this as well. It was GMA Network in the late 2000s and TV5 in 2009. It was also aired in Animax (where I first saw it). 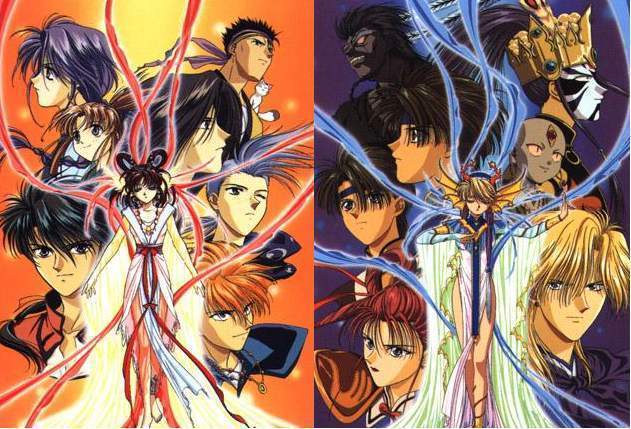 On the left, Miaka and the Suzaku Seven. On the right, Yui and the Seiryû Seven.

Miaka and Yui are priestesses of Suzaku and Seiryu respectively. They are tasked to summon the gods and once they did, they will be granted celestial power. However, they could only exercise those powers through three (3) wishes.

Details about the characters can be found here. If you want to download, check this. 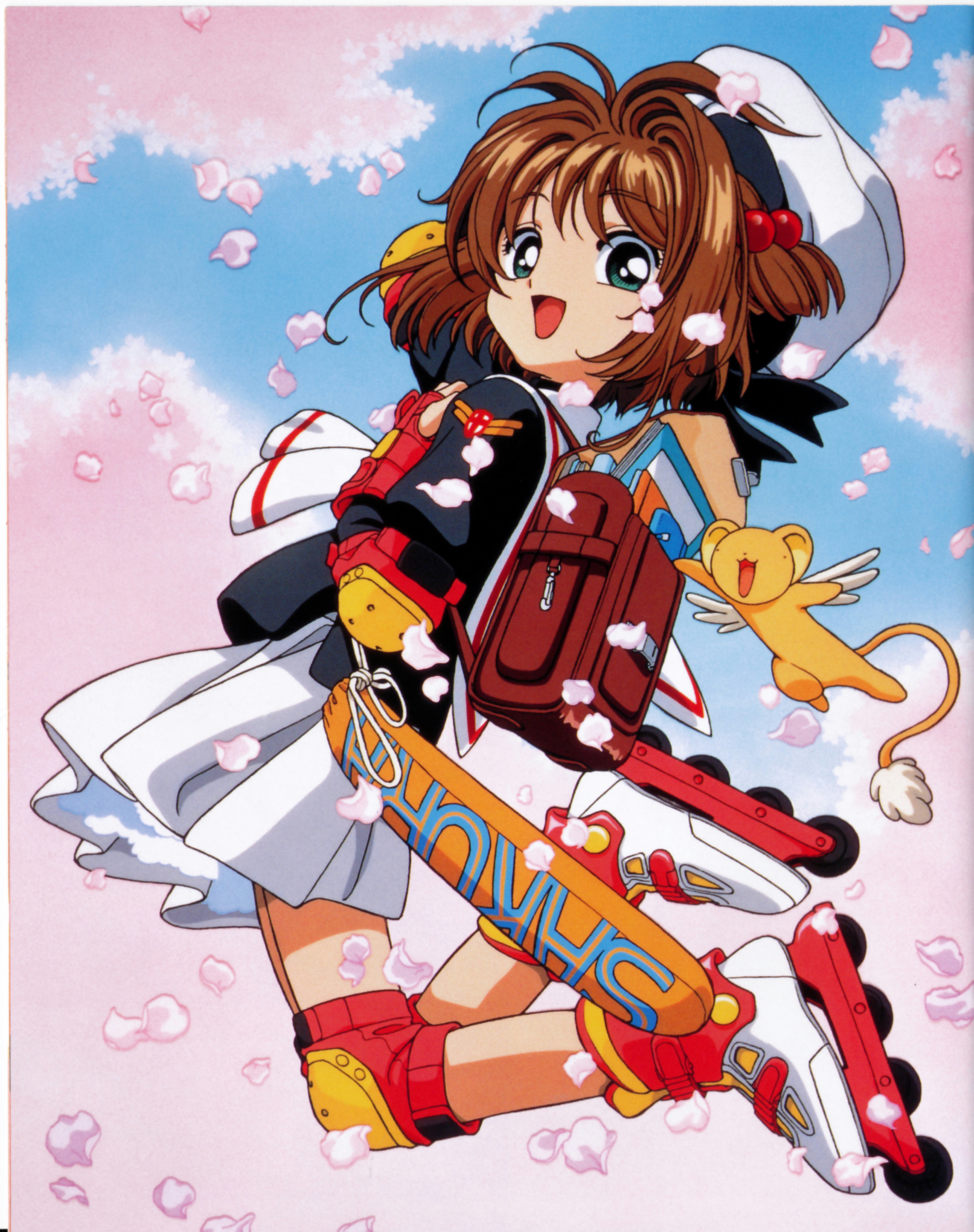 Sakura Kinomoto is an elementary student when she discovers a book in her father’s library. She opens it and accidentally releases all the Clow Cards to her world. Cerberus is the guardian of the book also, appoints Sakura to capture all the cards as it may cause evil in the world.

This reminds me of the adventures and misadventures of a kid. Getting caught by someone when you accidentally did something wrong. Honestly, I have a toy similar to the key in the first part of the show. I had my mom buy it because truly, I was a fan of Sakura and the show! How I wish I have the Clow Cards as well.

There’s a part in the show there Li Syaoran who is a descendant of Clow Reed from HongKong comes to Tokyo. His mission is to retrieve the cards as well.

For more details about the show, click here. If you want a copy, see this.

Inuyasha, which is also known as Inuyasha: A Feudal Fairy Tale, tells a story about a 15 year old girl named Kagome Higurashi meeting the half-demon, Inuyasha. She is believed to be the reincarnation of the priestess Kikyo who casted a curse on Inuyasha. Kagome lives in Tokyo with her family in the family shrine. She is transported to Sengoku period through the well at their home.

The story is somehow similar to Fushigi Yûgi because it crosses dimensions and time. What I like about this is that, even if there are demons existing in the world we can always change for the better. Inuyasha was pretty much judged because he is a half-demon. He was born of a human mother and a dog-demon father. His half-brother (Sesshomaru) somehow despised him.

Eventually, the two protagonists fall in love across space and time. It’s quite hard since Kagome is in school in the modern era while Inuyasha is in the feudal era.

Read more about the characters here. To have your own copy, see this.

The story is about a young detective, Shinichi Kudo, who was drugged by mysterious guys in black clothing. The drug immediately shrunk him into a child’s body. He appears to be an elementary student. Concealing his identity was his primary course of action. With the help of Dr. Agasa, he was given a new identity as Conan Edogawa. He has been living with Ran Mouri and his father in order to investigate on the people who shrunk him.

I first came across this series while watching Fushigi Yûgi on Animax back then. It was the next show so I just tried watching it. I immediately liked it and got hooked since. Just the past few months, I was able to watch the episodes from the year it first aired. It was back in 1996 and it was a challenge to find sites and copies for it.

This series is similar to Sherlock Holmes and maybe that’s why it’s an all-time favorite of mine. Plus it is on its 25th season. Imagine that!

These all-time favorite anime shows have been teaching me quite a few lessons. Even if at my age, I never regret watching these. For a point, they surely entertain me, make me cry sometimes and make me laugh. People will surely think that I’m weird because at my age, I still watch these kind of shows but it’s just what I like.

So, how about you?

What is/are your favorite anime show/s or just favorite show/s?

P.S. Images depicting my favorite anime shows are from the internet.